Category for News with tied to no particular topics

It’s a small step but a significant one!

Starting from today, over 150 presentations by almost 100 speakers collected during the International Festival of Athletics Coaching editions between 2006 and 2019 are downloadable for the EACA members, according to their membership level.

Want to know some of the speakers’ names? Would Clyde Hart, John Smith, Sharon Hannan, Damien Innocencio be enough to pique your curiosity?

If you are not an EACA member yet, register for Free or choose the membership level you prefer and access to the brand new IFAC Presentations Library! 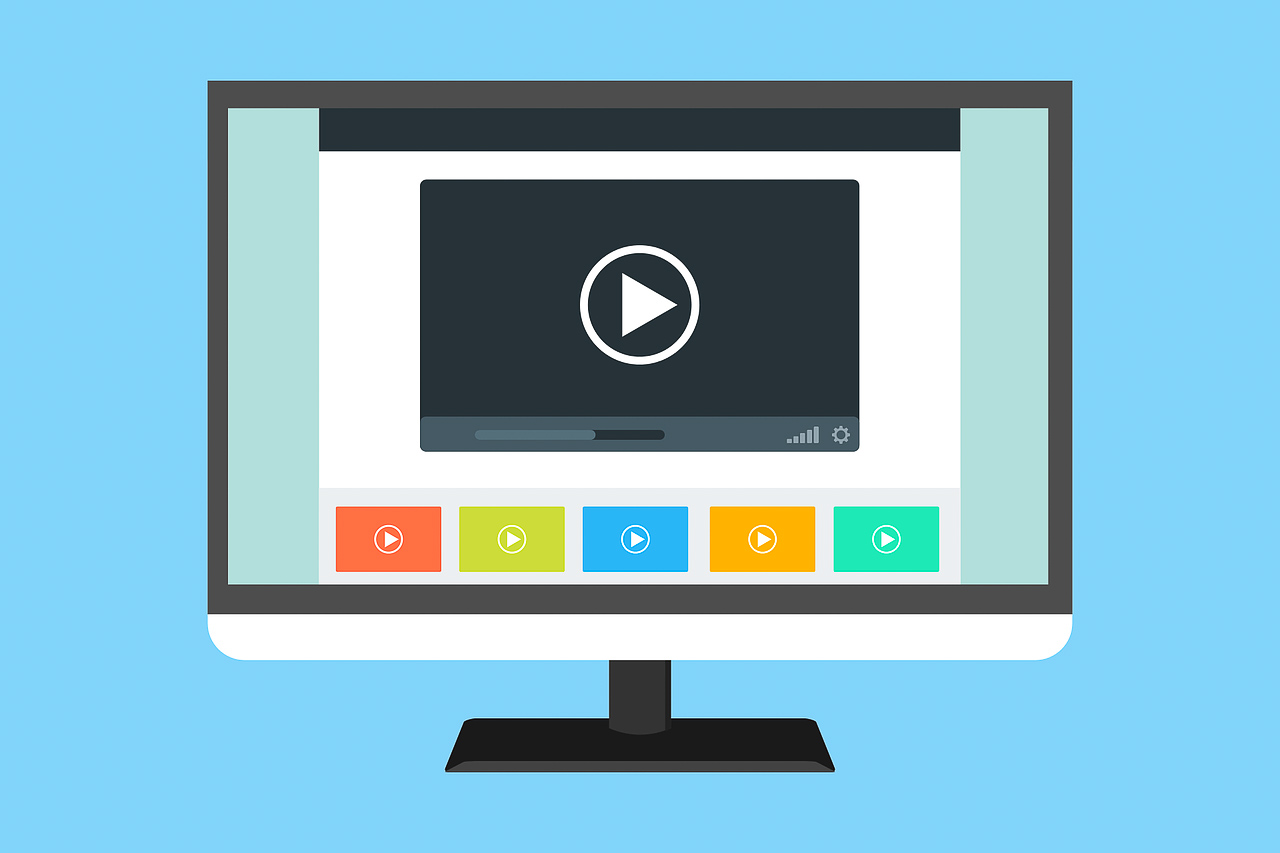 What a wonderful weekend watching the NACACTFCA 2020 Conference!

If you haven’t had the chance to watch it live, don’t worry: you can always get the access to the recordings of the whole conference, session by session.

The recordings are enriched with the subtitles in Spanish, Portuguese, Italian, French, and German.

From December 18th to December 20th amazing coaches and experts will speak at the conference, hosted by Richie Mercado. Each session will see two individual speeches followed by a final roundtable with all the speakers of the session exchanging their experience.

Our president Frank Dick OBE and Wolfgang Ritzdorf will double the IFAC presenting at the NACACTFCA conference too. In addition to them, it will be possible to hear from great names: Rose Monday will talk about women in athletics, Kevin Reid and Jimson Lee from Speedendurance.com will show the state-of-the-art about sport science and technology, Roberta Anding will show the most recent studies on high performance nutrition and Les Gramantik will deal on how to develop competent future coaches.

But this is only a piece of the cake: more big names will be announced in the following days so stay tuned on our website.

The European Athletics Coaches Association negotiated a special price with NACACTFCA’s president, prof. Victor Lopez: for EACA members the subscription price will be € 35,00 instead of $ 50,00.

Combined events seems to be the reigning event during the next NACACTFCA conference.

After announcing coach Harry Marra a week ago, now we are here again to say that Dan O’Brien has been announced as a new entry in the congress’ line-up.

Dan is the former Decathlon WR holder, Olympic champion and three times World Champion and he will talk about the resources and opportunities for athletes to support their growth.

If you’re still thinking if to subscribe or not, please, read the updated program: we are sure that you’ll run to the subscribe form! 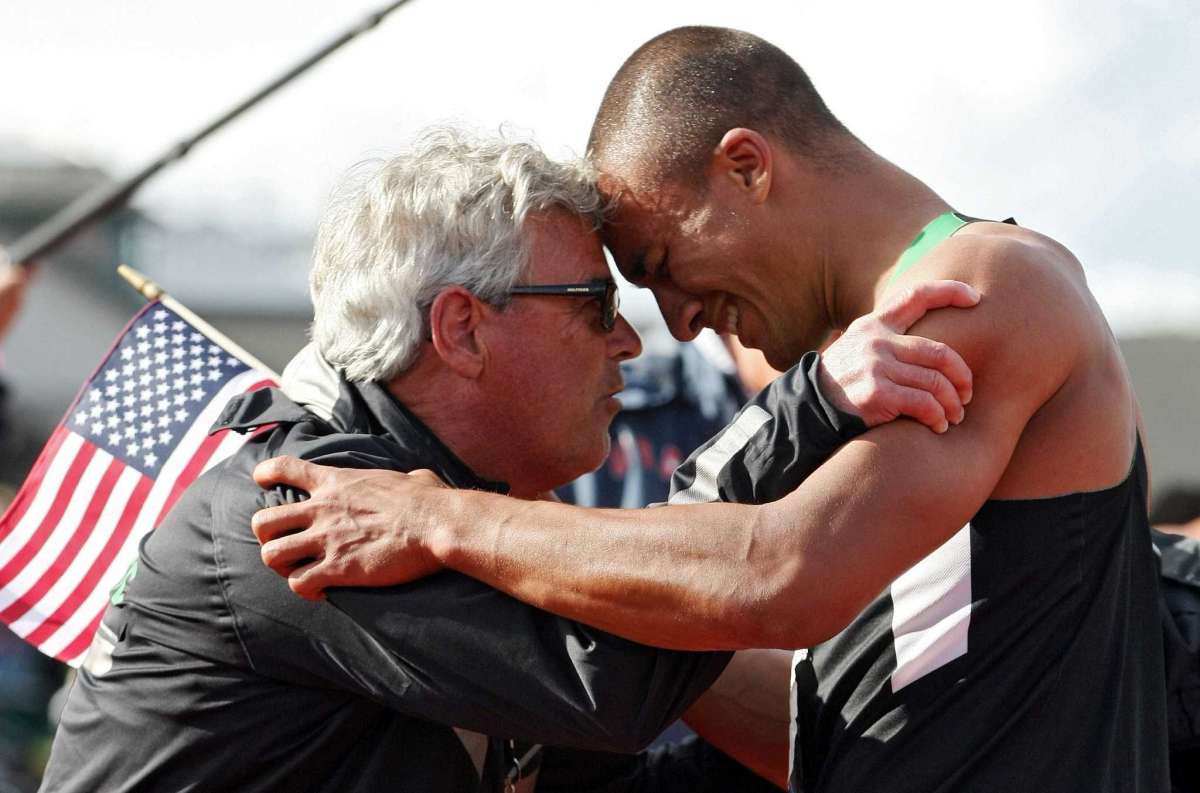 We said it and we did it!

Another great coach in the NACACTFCA 2020 Congress: Harry Marra!
Harry is the former coach of the World and Olympic champion and Decathlon former WR holder Ashton Eaton and his wife, the canadian Brianne Theisen-Eaton who won the Bronze medal at Rio in 2016 in addition to the World Indoor title and two Silver medals at the World Championships in Moscow 2013 and Beijing 2015.
The topic of Harry’s speech will focus on how to be an athlete-centered coach and learn specific needs of each performer.

We can’t believe you still have doubts: subscribe now to the NACACTFCA 2020 conference!

It is a fact of life that even when we listen to the same presentation in the same conference, we each hear something different. So there will have been as many lessons learned from IFAC 2020 as there were participants!

So please read these lessons I learned in that context. Those who attended hopefully on reading these will be reminded of the excellent input from speakers and their own lessons learned will be reviewed and refreshed. Those who did not might reflect on the following and create their own.

As we move forward with IFAC and EACA, I think it would be a good idea after each IFAC to share our lessons learned and ideas they generate on dedicated pages of the EACA website. This would become our “learning locker room!”

So these for me were key take-aways as lessons learned.

These were the bigger general take away lessons. There were many more at the specific level and I’m sure you’ll pick up on these by listening to the excellent presentations and panel discussions. 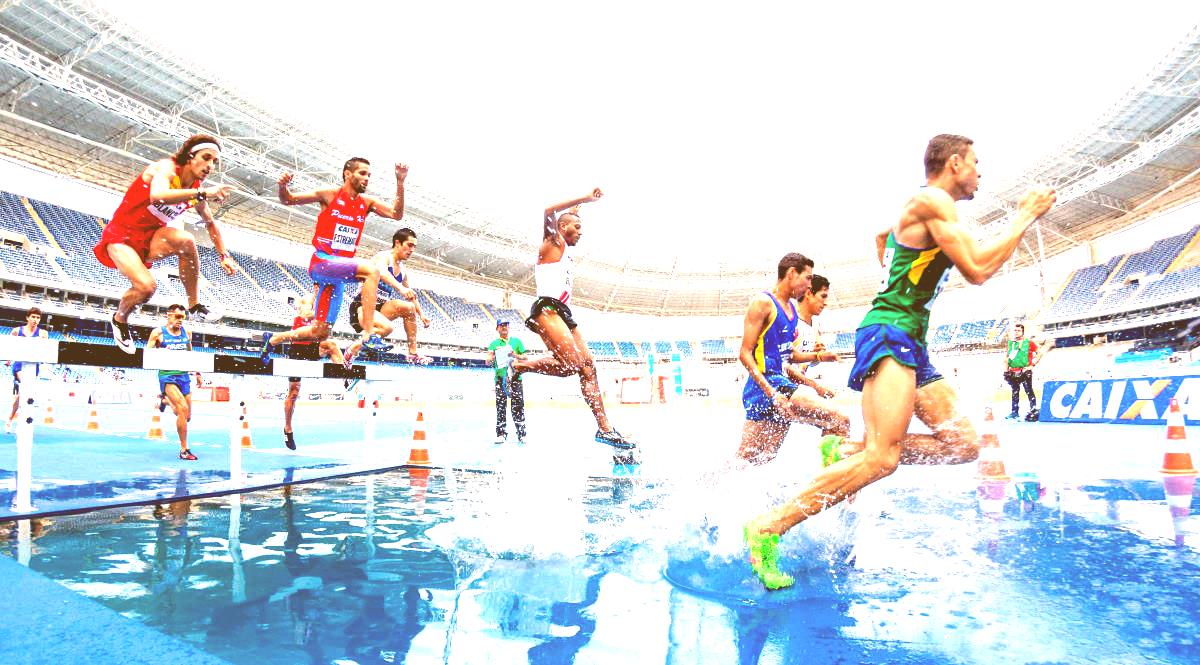 Less than one week before the first session of the 2020 International Festival of Athletics Coaching means that anyone interested to attend has to hurry up and book to gain access to the live stream page.

Don’t miss the opportunity to listen from great coaches like Ans Botha, Helena Duplantis, Malcolm Arnold and Vern Gambetta but also from experts coming from different areas like brain specialist prof. Vin Walsh and Jonathan Boase, who is working on an Artificial Intelligence solution to analyze team sports’ playing and support coaches in talent identification.

Register today for only €99,00 and live the magic of the Festival! 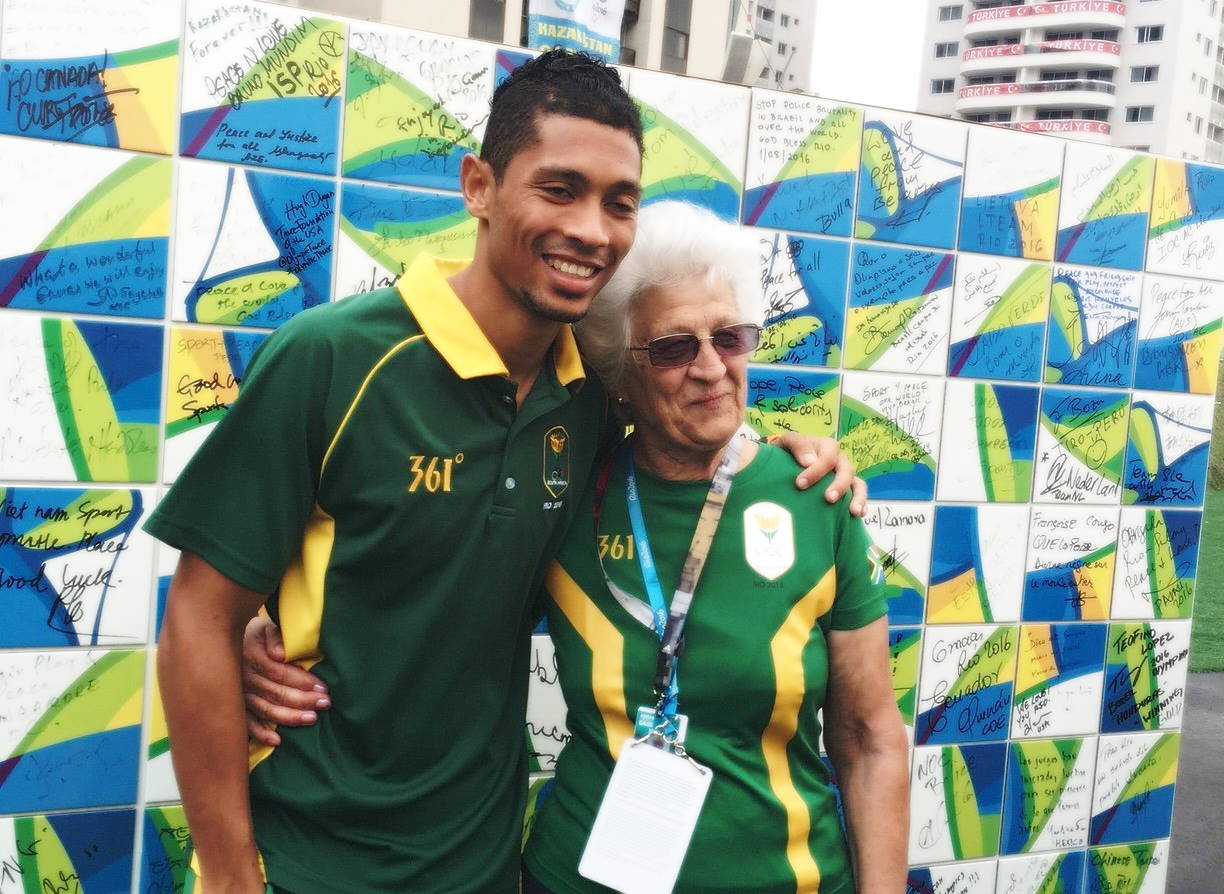 Did you not sleep the last 5 nights waiting for the coach who will speak in the same session of Helena Duplantis? Well, it was worth it: Ans Botha, the coach of 400 World Record holder  Wayde van Niekerk is that name.

Ans will talk about how to “hold athlete competition readiness throughout Covid-19”, sharing her experience in managing Wayde’s positivity at the virus right before his first race of the season and still getting a huge result after a few weeks he returned healthy.

Ans’ slot is scheduled at 2:05PM GMT in the Session 2 of the conference, next Novembre 7th. She will also speak in the panel at the end of the session together with Helena Duplantis and Maria Chiara Milardi, the italian coach of Davide Re, one of the best European quarter milers in 2020.

This will probably be the last time Ans Botha will speak in public to share her great experience with other coaches so don’t miss the opportunity and sign up to IFAC 2020! 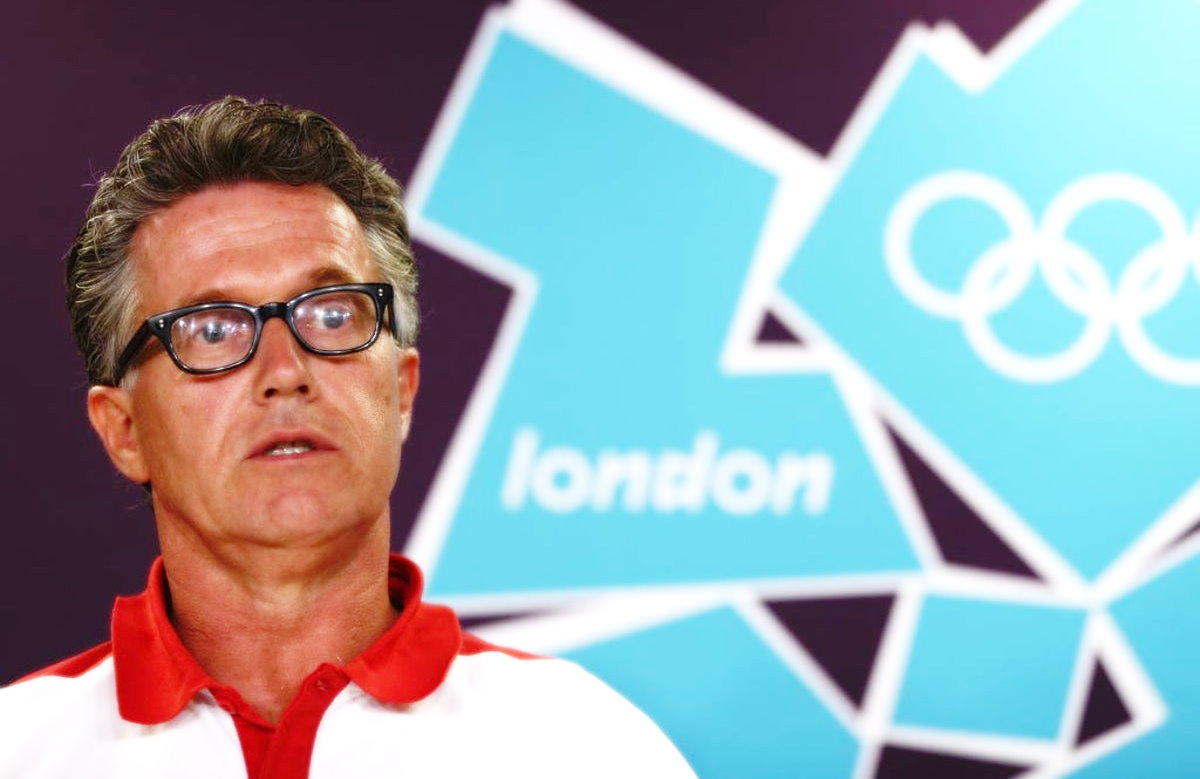 Another big shot for the 2020 International Festival of Athletics Coaching: Charles van Commenée enters in the conference’s line-up!

Charles is one of the world”s leading experts in managing performance, initially as personal coach to a number of elite athletes who won medals at Olympic Games and World Championships, then as Technical Director for Dutch and British Athletics and finally as Performance Director for the Dutch Olympic Committee and later for British Athletics.

He will talk about how to “Lead the team through Covid-19” in the third session of the conference, scheduled November 7th at 6:55PM GMT.

If this announcement helps your last doubts to fade away, subscribe to the 2020  International Festival of Athletics Coaching for only €99,00 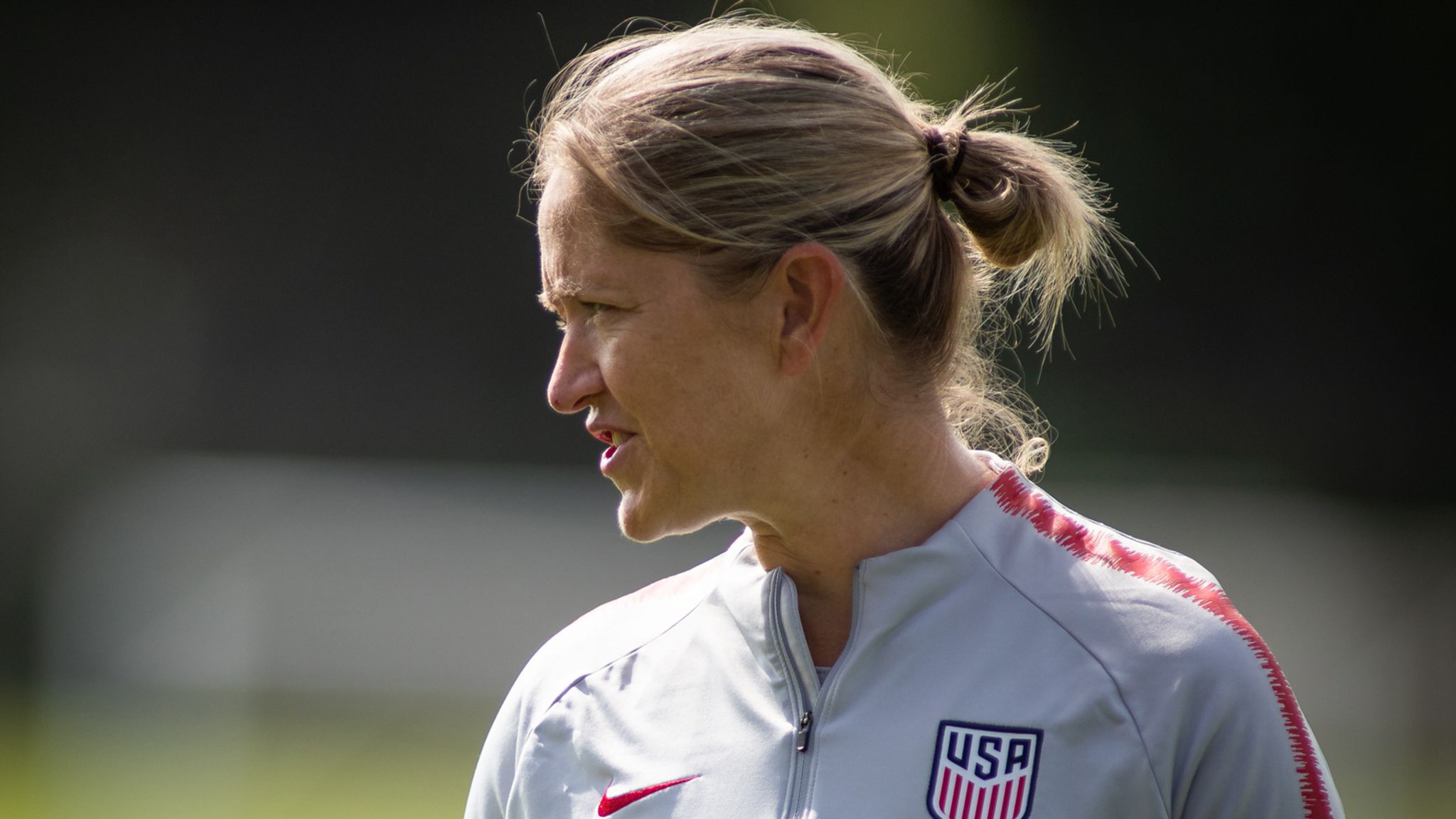 England Women have been boosted by the appointment of Dawn Scott as senior women’s physical performance manager.

She previously spent nine years with The FA as head of sports science and supported England’s run to the 2009 UEFA EURO final.

Her role will be to support the Lionesses as they work towards UEFA Women’s EURO 2021, which will be played on home soil.

That preparation will start with the SheBelieves Cup to be played in the US from February, with Scott starting work at St. George’s Park in December.

Scott will also be charged with building the interaction between the senior team and Barclays FA WSL clubs in terms of physical performance as well as working closely with staff along the whole talent pathway.

She will benefit from working alongside the outstanding physical performance and nutrition team already working at St. George’s Park.

If you want to hear from such a successful woman in football subscribe to the 2020 International Festival of Athletics  Coaching for only €99,00!

No hashtags
We use cookies on our website to give you the most relevant experience by remembering your preferences and repeat visits. By clicking “Accept”, you consent to the use of ALL the cookies.
Cookie settingsACCEPT
Manage consent